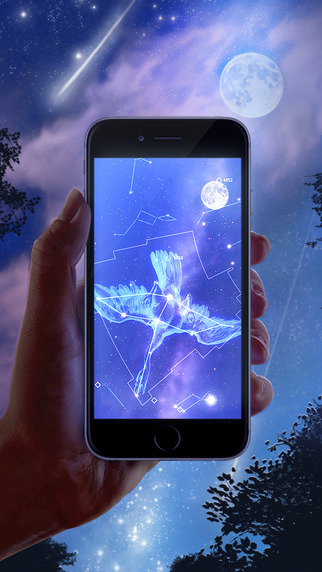 Andy Ihnatko's pick of the week on MacBreak Weekly 468 is Star Chart by ESCAPE VELOCITY LIMITED. This app uses augmented reality by taking advantage of your device's camera and GPS to tell you exactly what stars you're looking at. Just point the iPhone or iPad at the sky, and it will calculate the current location of every star, planet, and moon visible from Earth in real time. It will even show you where they are in broad daylight. By pointing the camera downward, it will show you what the night sky looks like to people on the other side of the planet.

Star Chart lets you explore all of the planets of the solar system, along with their moons and sun. It's all rendered in 3D with beautiful visual effects. There's also a time shift feature, where you can see what the sky looks like 10,000 years forward or backward in time. Tapping on something in the sky will give you interesting facts including the distance of the object and its brightness. You can use gestures to zoom into things and see extra details.